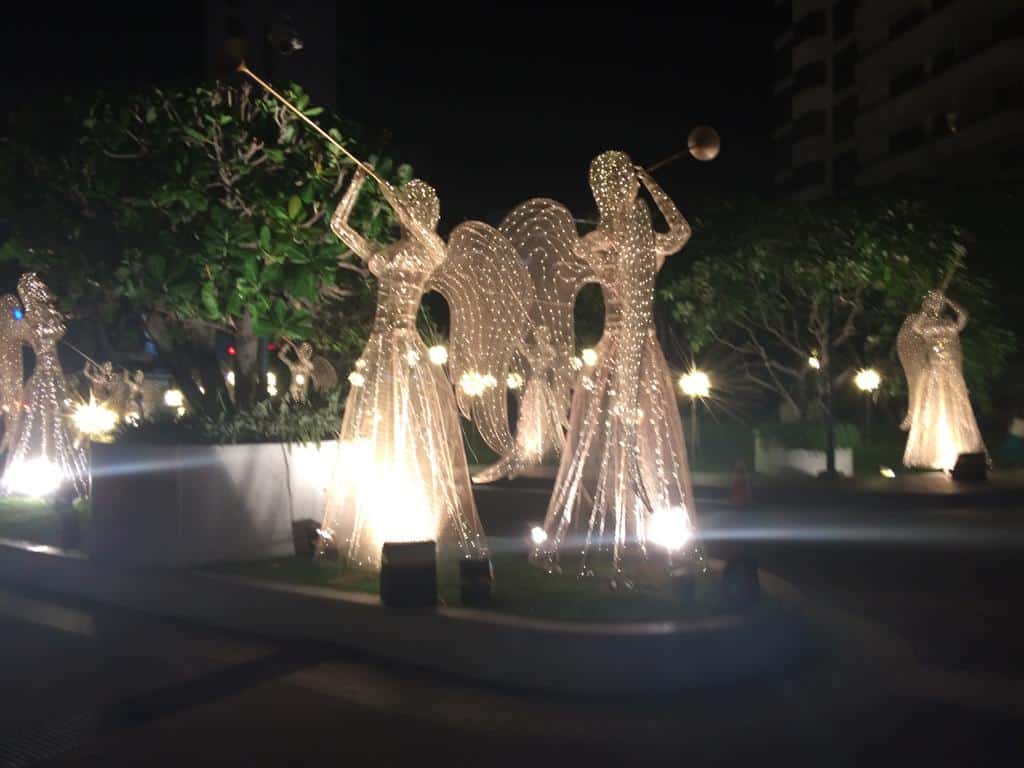 Every day we are in Colombo, we try and do a walk down the Galle Face Green and the waterfront development area. (see story: Walking tours around Colombo’s highlights and history with The Whinging Pome) Then we return after an hour’s walk and meet our Monarch coffee crowd in the Cinnamon Grand. This has been going on for years.

Seventeen years ago, however, I was living in Rajagiriya and had an invitation to come to “24 hours of indulgence” and stay in the newly refurbished rooms at the Cinnamon Grand. About two hundred couples stood in the large atrium, where we were asked to pick a key out of a basket. I initially thought this was some sort of wife swapping event.

Rohan Karr, the general manager and the CEO of Cinnamon Hotels and Resorts, began a shortish but well-structured speech. He explained that they had set a date on which they would open the new look of the hotel and all his team believed it was achievable. This was the date but Rohan went on to say that the rooms were not all fully finished, yet all are sufficiently refitted for us to have an enjoyable weekend. He also said, “Each room may have teething issues and we hope you will manage without complaining/whinging.” This was the launch of the new Cinnamon brand and we attended a cocktail, a gala dinner; followed by a champagne breakfast, brunch and high tea on the next day.

What a memorable event; excellently executed.

So, seventeen years later we stop at the Cinnamon Grand Hotel for four nights. The wing we are in has just had a refit, is well equipped and we have a great view of two swimming pools. This is a treat for Jezzabel and I as the “ten-year itch” has kicked in and we are moving home. We will still only be a fourteen-minute walk away from the hotel.

The Whinging Pome Random Rule No. 277

“Embracing change, creating challenges and new adventures is about making the most of life rather than waiting to see what comes your way.”

Jezzabel and I have a soft spot for the Cinnamon Grand Hotel, no not the beds; we have always felt at home there. We were in Japan during the Easter bombings and we were so saddened by all the news, especially about those in the hotel, some of whom we had known for many years.

Twenty years ago, I recall taking the whole lobby of the hotel for a massive wine event, I recall the Xmas events, crazy big bashes in the ballroom, weddings, training sessions, Rotary Club meetings and some weeks ago I did a Guinness night at Cheers! So many good times.