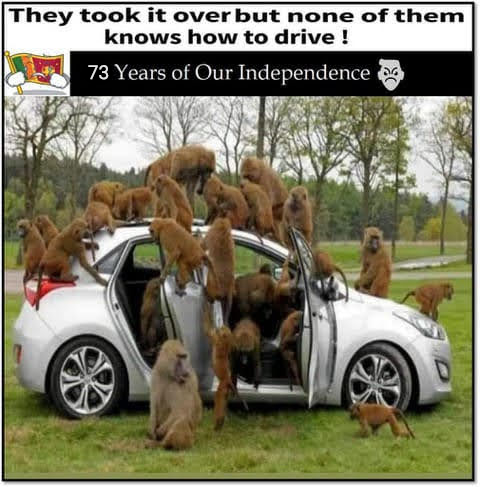 What a great day for all Sri Lankans to celebrate their freedom from the oppressive British rule back in 1948. I consider Sri Lanka my home and though pre- COVID I spent six months travelling abroad a year, it was a pleasure to come home. What makes Sri Lanka the place I choose to live, weather, the pace of life, close friends, the beautiful hill country, amazing beaches, architecture, it reminds me of my boyhood in Africa. Somethings, however, do “get my goat“ as they say. (also I suppose it’s easy to say as a white boy in a foreign land)

These include but are not restricted to,

I have had no personal issues concerning racism in twenty years but I see a worrying racism trend in Sri Lanka, influenced by politics, elitist religious groups, and successive governments.

Some locals may say “what did the British leave the island with?”, trying in some way to blame colonialism for the state of the country today. Some would say, especially the older islanders, that the British left too early, and the island now lacks discipline, unity of the people, a work ethic, and political stability. Those looking closer at what the British left in more measurable ways should consider, an island-wide rail system, an international language, roads, an effective legal process, reward systems for those that worked hard, the best tea plantations in the world, cricket, and more.

So come on Sri Lankans. Your post-independence politicians have let you down and today’s crowd is going to sell the island to the Chinese as bankruptcy is round the corner. Just look at the large quantities of high-end cars on the island compared to the GDP, salary levels, etc. There are just too many families making quick and or dirty money. Does the majority of the 3% who “have lots” really want to see changes during growth for all, sadly I don’t think so. We will continue to have a brain drain with our bright young people disillusioned with Sri Lanka, leaving for a better life in another country.

If you are still reading this I have to assume you are not part of the 3% of “have lots”, nor are you in politics but are someone who cares about the future of the country and its people, as I do.