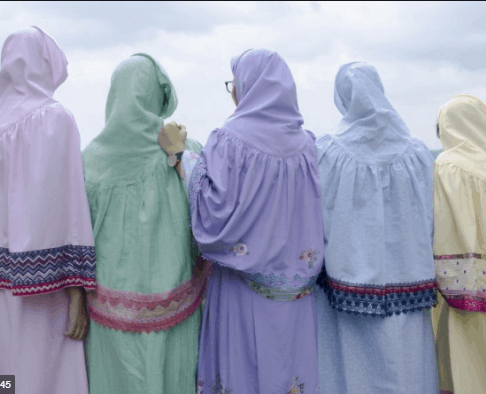 From zero to enlightened about Dawoodi Bohras in two hours

Checking in for the night flight from Mumbai back home to Sri Lanka I have one of those pleasant surprises! I’ve been upgraded to business class! I historically felt that this was part achieved if you’re suited up (wearing a jacket).

The Whinging Pome Random Rule No. 122:

But today airlines are more processed on who gets the unpaid upgrade.

I’m on the back-row window seat of business class and a lady joins me in the adjourning seat; from her attire I can tell she is a Bohra. The clothing gives it away. Colorful, modest and covering the hair. Her food tray arrives, and she says to me in very humble voice

“why have I been served first”.

I explain that the crew serve the furthest person away.

“technically it’s me, but they served you”

This was the start of a two-hour conversation with Fatima. Whilst I’m asking lots of questions, she freely tells me more about her life; her children who are seated in the row in front, the larger family and mainly the religion she belongs to.

For me, it was a fascinating few hours during which my knowledge of the Bohras went from practically zero to feeling, well, not informed but enlightened.

I notice her English is without any accent but with a wealth of adjectives. As she had boarded the plane in Mumbai, I’m assuming she is an Indian, but listening to her speak made me ask the question –

“so which country are you from I can’t place your accent”.

She responds by telling she was born and brought up in Mumbai but educated in a Catholic Church, despite belonging to a staunch Bohra family. I read an article recently that said Bohra women were the best educated in the Indian sub-continent but it was not the time to question this with my neighbor.

Over 25000 Bohras from around the world are descended on Colombo for a week, some for two weeks and our plane is full of them. My only knowledge of this group prior to this flight is when they departed via the airport duty free shop in Sri Lanka and cleared the  shelves of chocolate, whilst obviously buying no liqour. They follow a branch of Shia Islam and the embodiment of Fatimid Imamate.

People from the Bohra community which is said to be numbered over a million, visit various countries where they have big populations, eg: India (especially Gujarat), Pakistan, North America, Sri Lanka, parts of Africa. Their leader is the 53rd Mufaddal Saifuddin, a descendant of Mohammed through his daughter Fatimah who is presently based out of Mumbai. They follow a branch of Shia Islam with seven pillars/ traditions of these are faith, purity, prayer, giving, fasting, visiting Mecca and struggle. They have their own mosques, believe in prayer five times a day and fast at Ramadan. They also believe in social order and have a sharp eye for business.

The timing of this visit is amazing and critical for Sri Lanka which is still dealing with the trauma from the Easter bombings of 2019 by an extremist Muslim group. Religious tensions have been aroused and possibly stoked by political leaders. So, the decision to hold this gathering in Colombo less than six months after the bombing is amazing, courageous and a major credit to this religious group. They have been to Colombo many times before and their reputation as a peaceful, respectable and moderate people goes ahead of them. Put 20,000 plus religious tourists in an extended city of two million population and they become very noticeable, all major hotels are filled, and roads closed to facilitate crowds round their mosques.

During the week following the flight in to Sri Lanka I observe the Bhoras out and about and have a few conversations with some of them when the chance arrives. I see fun loving chatty people who are very respectful, polite with staff in the hotels and are dressed immaculately. Perhaps I’m seeing the cream of the cream of their society. Though I do giggle a bit when I see the men with their immaculate white three-piece outfits which includes a hat called “topi” and wearing NIKE or other branded trainers. The ladies do the same.

Thank you for visiting Sri Lanka when we most needed you! eg: post the Easter bombings 2019.

Sri Lanka looks forward to their return another year! 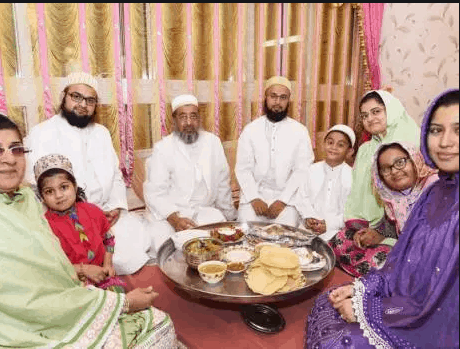