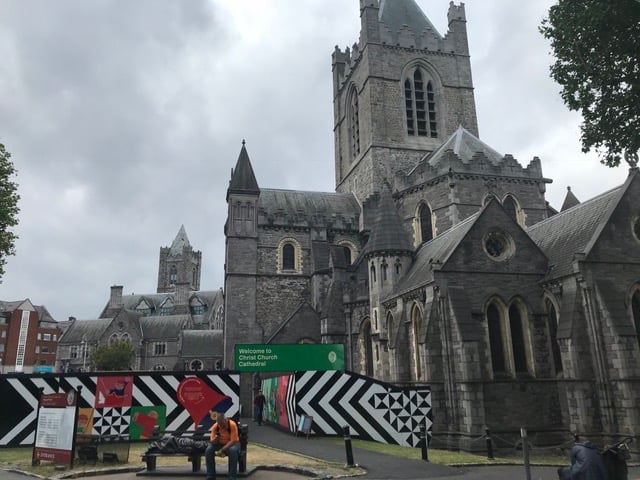 Dublin; The City That Took on The Empire and Won!

In my book The Whinging Pome To The Point, I noted in the ‘Cheap Women Grey City’ story that Ireland’s most notable exports are People, Guinness, and the Irish pub concept. However, on a recent trip to Dublin, while the above remains true, the best of Ireland is alive and well in Dublin.

I flew from London to Dublin with Ryan Air knowing it meant limited luggage and a probable late arrival.  However, the taxi driver more than made up for these negatives with his chatty, cheerful and helpful advice on the ride to Cassidy’s Hotel. Surprisingly, it was so warm the window had to be opened to enable a decent sleep. Well that was the theory, what I had not reckoned on the noise emanating from the air conditioning unit of a nearby pub and the late night revelers spilling out of the pub at 2 o’clock in the morning full of alcoholic joie de vevre.

Previous
Next
I have always believed the best way to get an overview of a city is to take the ‘hop on, hop off’ bus. Dublin offers three ‘hop on, hop off’ services – red, blue and green, with slightly different routes. That confuses the hell out of me. My wife and I lasted about one and a half hours on the bus before jumping off so I can satisfy my taphophilian tendencies at the Glasnevin Cemetery and the Glasnevin Cemetery Museum. The cemetery was opened to the public for the first time on 21 February 1832. Prior to this Ireland’s Catholic population had no cemeteries of their own in which to bury their dead. 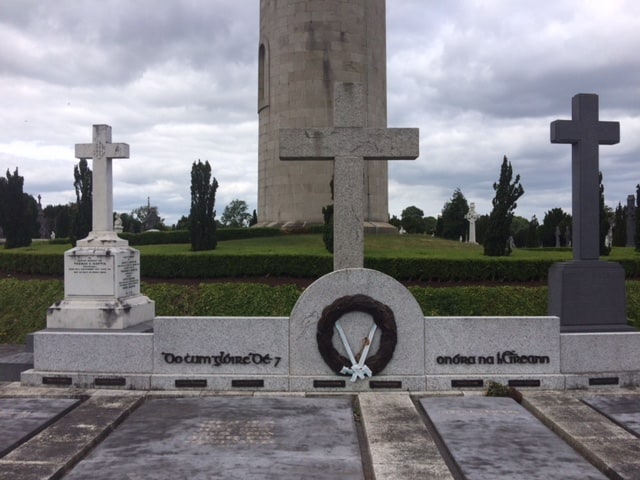 James Murray, a Victoria Cross (VC) recipient, was interned in 1942. I was intrigued as to why a Catholic Irishman would be serving in the British army in World War II. Channeling my Sherlock Holmes persona I discovered that he was awarded his VC for fighting in the Boer War in South Africa.  He survived the war, dying of old age many years later.  The Irish adhered to a neutrality policy and did not officially participate in World War II despite 12,000 Irish veterans serving abroad and being ridiculed upon their return with over 3,000 dying in the war. I could have happily spent the day at Glasnevin but my wife informed me she has had enough of ‘dark tourism’ and it was time to indulge in Irish culture, meaning it was time to check out the bars of Dublin. 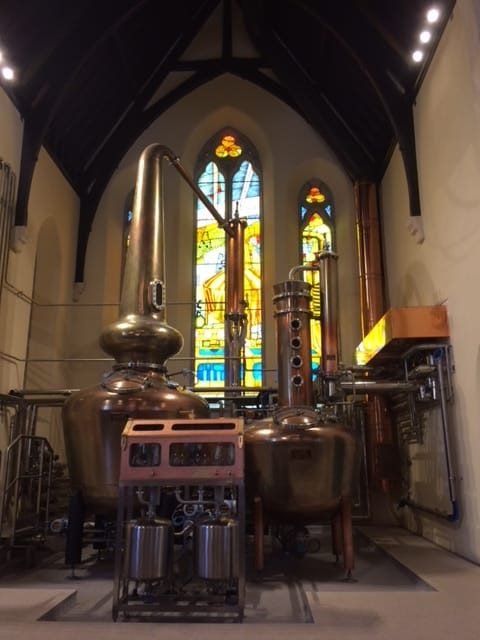 Walking through Dublin at night is a must do. The city is alive with bars, cafes, music and a cultural melting pot of people. The Brazen Head pub, dating back to 1100 AD is said to be the oldest pub in Dublin. To not have pint of Guinness (or to use local terminology a pint of Gat) here would be sacrilege.  The pub is packed with a mixture of locals and tourists, who all seem to have American accents. The pint of Guinness whets the appetite and the Irish stew did not disappoint! 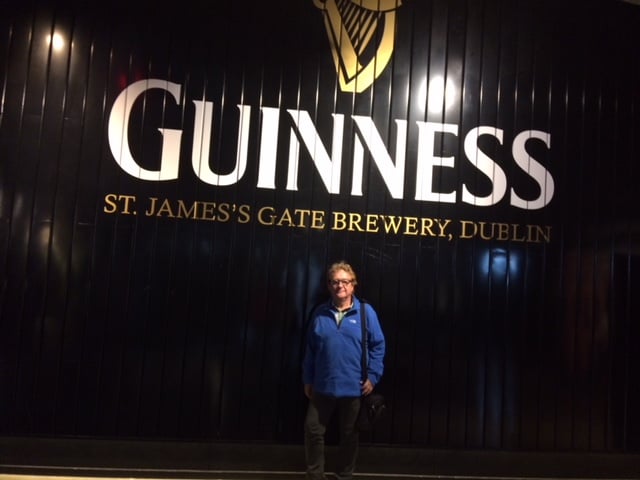 Three characters arrive wielding six musical instruments on their backs and settle in the corner of a very crammed front room. They kick off with the Scottish, Irish, English song “The Wild Rover” and it does not take long for the crowd to provide vocals for them. Guinness, Irish stew with great live music is Irish culture at its best.

Walking back to our hotel most pubs still have music and drinkers spilling out onto the streets. It takes enormous will power not to join in. However, despite having to work the next day the clock does not master these people. This is a good thing as all clocks on government or religious institutions are set on different times. This, along with Dublin’s red, blue and green, ‘hop on, hop off’ bus routes confuses the hell out of me but will not stop me returning to Dublin.