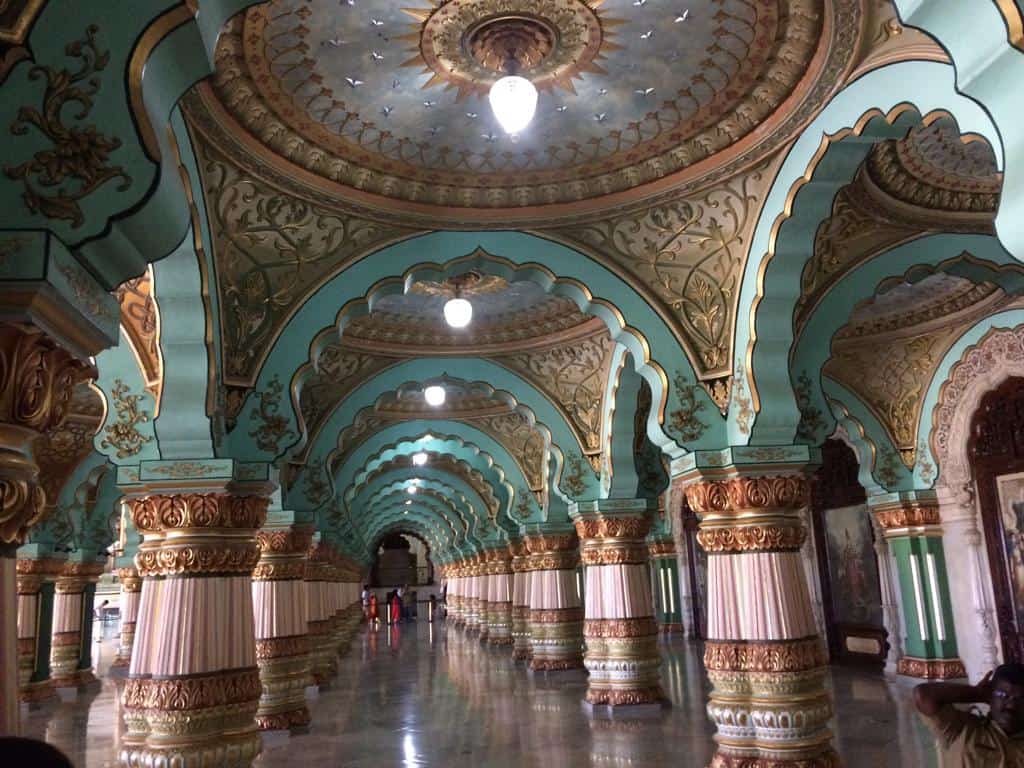 A Mad Dash to Mysore

My travel partner Darby and I set off at least an hour behind schedule. A bit like the two aging men in the ” odd couple” movie of 1998 where Walter Matthau and Jack Lemon set off on a journey, bundling along as two eccentrics. Same as the movie, its for sure there will be memorable incidents along the way on any trip with Darby.

On my Indian bucket list there are many places I still want to visit but Mysore is at the top. Darby is aware of my tapophile [person who enjoys visiting cemeteries ] tendencies and all things British so we have a few cemeteries lined up to visit along the way to Mysore .

Though the signage was extremely bad, the intrepid Mr Darby finds the Garrison Cemetery about a ten minute walk off the nearest road to the last gate of old Mysore . The guide book says its open every day but the gate is padlocked . It takes our driver less than two minutes to resolve the situation and he just takes the whole gate off its hinges.

The Whinging Pome Random Rule No. 112

Sixty years after the big siege of Srirangapatna [1799 in Mysore] when the British East India Company won the day and killed the Muslim leader Tipu Sultan, known as the “Tiger of Mysore”, the cemetery was used for the British military and their families . To win that day, the Swiss Meuron Regiment of mercenaries were brought over from Sri Lanka and were sent into the fray first, many were buried at the Garrison Cemetery. Half the plaques are missing on the tombs but you get a sense of life in that era, people died young, and irrespective of rank you all lay in the same field. The cemetery was renovated some years ago by the Meuron family. It sadly needs renovation again.

We do a late lunch at the very regal Lalitha Mahar Palace. We enter like two aging eccentric but loud tourists.

The Whinging Pome Random Rule No. 201

The building was erected in 1921 and from the outside it looks like St Paul’s in London but the inside is loudly Italian and you can imagine the regal nature whilst you wine and dine at the big blue ball room. Service is quick but we are told that the main Mysore palace closes at six and we need to quickly pay. Inefficiency kicks in and three restaurant staff and a manager, all rush about ,they have only one credit card machine in the whole hotel and its at the reception. Welcome to India!

Rushing to the Mysore Palace we join a rather large queue to deposit our shoes and a bigger queue to walk the palace rooms. Everyone is pushing whilst trying to take selfies with the kings portraits behind them. This heavy weekend crowd takes some of the joy away from the paintings and the experience. The security man with a stick walks up and down screaming at people for not moving along. Welcome to India! I felt like I should grab his stick and throw it away. The palace was built by a British architect, Henry Irwin in 1912 for the then young monarch and his mother her Majesty Maharani Vani Sannidnna, Regent of Mysore.

In fact on the day we visited, It remained open till seven in the evening and is lit up at eight so we shoot off to our accommodation the local golf club. Back to the Mysore palace for the lights… 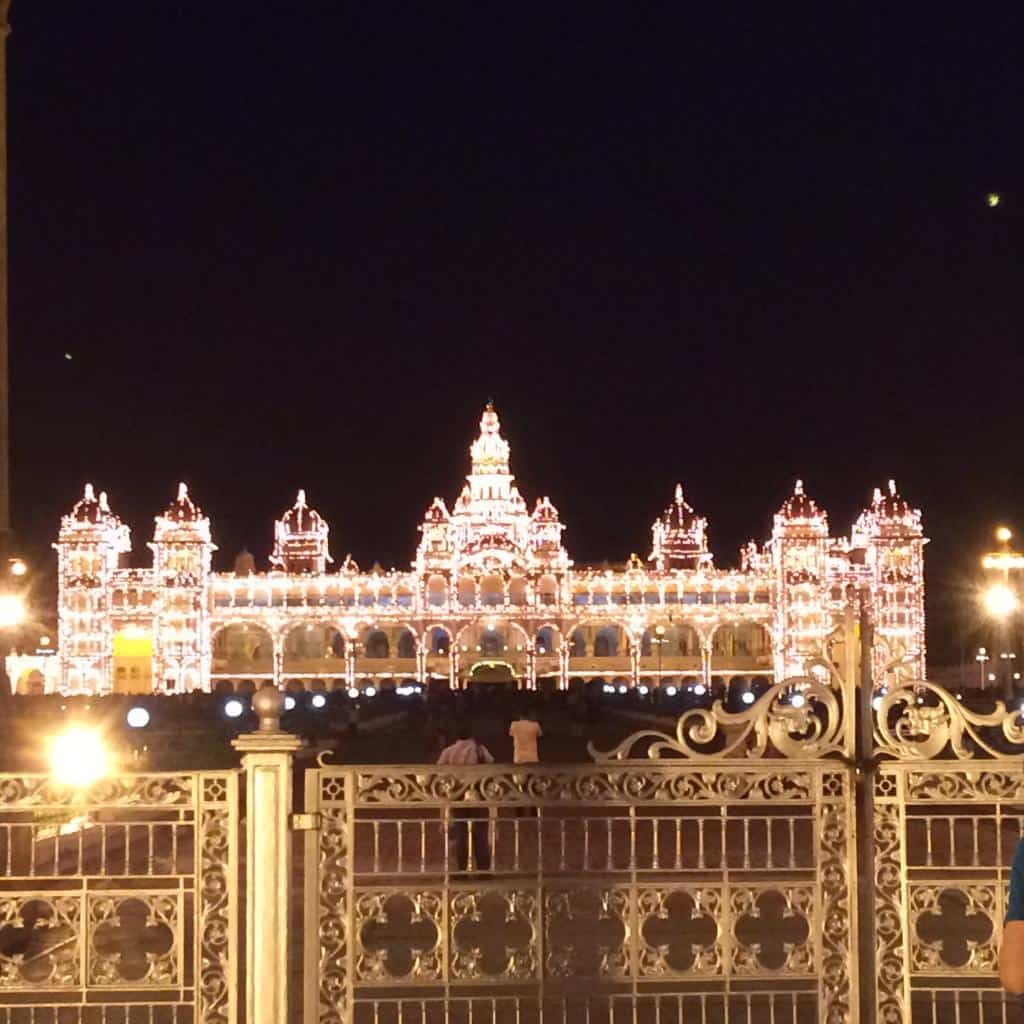 What a spectacular photo shoot! Then the driver, Rajesh goes AWOL with a dead phone, and life becomes a bit frantic, as cars all slow down in front of the palace to take a look and snap photos. In the end we give up and hailed a cab. I tell the driver to take us to the golf club, he quotes the price, Darby gets in and the price drops by two thirds.

The Whinging Pome Random Rule No. 78

There was a lot more to see in Mysore though on principle I will not go to a zoos. We drove round the next day and enjoyed the wide streets, monuments and statues of the Colonial time. We didn’t get to the Ritz or the Green Hotel, both recommended to me. Darby though said of the latter “its four bedrooms in the main house and many more in the stables/prison along side, best just to go for a beer”

So the odd couple completed the whirlwind tour of Mysore , I tick off one more item on my Indian Bucket list as we headed for the hills, the coffee and Kroog.