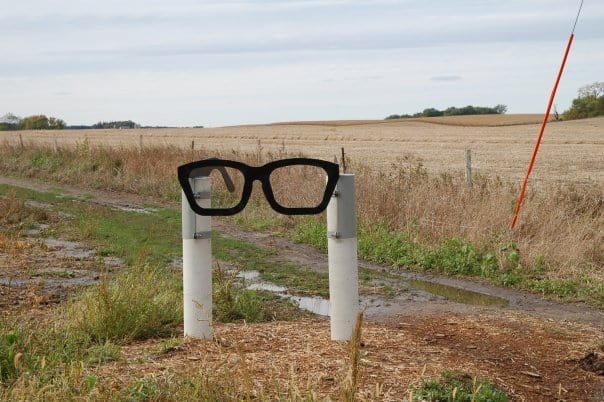 It started here, the memorial location where three singers and a young pilot died on the 3rd Feb 1959 in a plane crash.

The death of Buddy Holly, Ritchie Valens and The Big Bopper inspired Don McLean to write American Pie and a tribute to the glory of the the1950’s and changes in the 1960’s. When Don was asked what the song meant to him, he said, “it means I never have to work again.” The lyrics of the eight-minute cultural touchstone song that most of us can sing have many interpretations and a level of shrouded mystery. Much has been written on the interpretation of the lyrics and who are all the characters, places and events featured.
E.g. jester = Bob Dylan, The king was Elvis. The king and queen were Pete Seeger and Joan Baez..the King whose thorny crown was stolen = JFK

There was not sufficient room on the plane for all those who wanted to fly. Many of the band had frostbite sitting in a school bus on tour, Buddy aged 22 booked the flight, The Big Bopper aged 28 was on as he wasn’t well and Ritchie aged 17 won a seat on a tossed coin to fly.

The talent of the three musicians had they not died would have propelled them to massive stardom.

Don sold the 16 pages on which he penned the song for 1-2 $ million and to this day remains guarded over the full meaning of the lyrics.