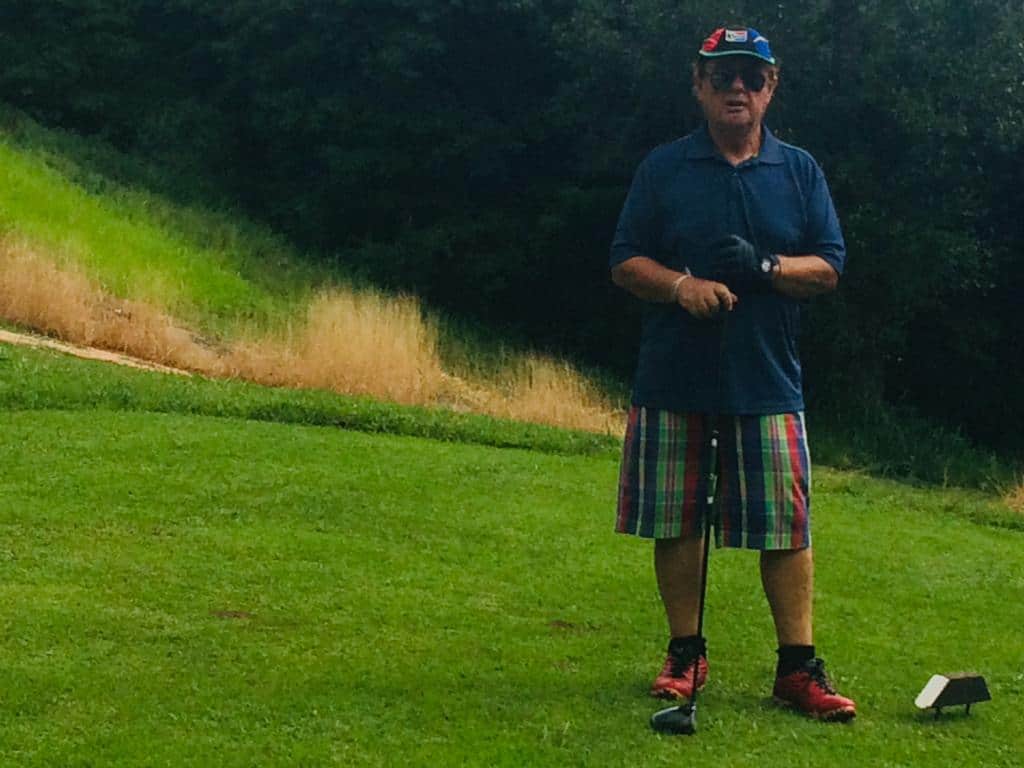 In ten years of owning a house near Victoria Golf Club and Country Resort in central Sri Lanka, I’ve never stayed more than three nights in this most scenic location. This time it’s ten nights so I am looking for some new experiences, new encounters, etc. Clearly getting more golf time is also key, so five days of golf are planned.

Ultimately these golf games just reinforced my long-held view that not only am I not a natural sportsperson having had clubs for over thirty years but I’m likely to be at my worst now. When I first took up golf 3 decades ago, which was more driven by the fact I met an attractive divorced lady who played of a handicap of eight, I later ranked her much higher in bed, she also gave me golf lessons.

Five days of four hours a day and the of the golf course reminded me why I built a house here in the first place. The Victoria Golf Club and Country Resort was completed in 1999 and wraps around the various waterways of the Victoria Dam. It has been voted best golf club in Asia, one of the Top 100 most beautiful course in the world. It was the vision of Mark Bostock who negotiate a long lease for some 520 acres though not all used for the course. Troon, a Dubai based golf company are now getting the greens up to standard, but they don’t even need to touch the natural beauty of the landscape. This includes an array of trees, many different stretches of water, some rock formations on a backcloth of the surrounding mountains. This makes it a challenging course. There are only five fairways on the course that you could describe as flattish whilst the majority would be considered more than undulating and in places quite demanding.

Hole one stars from an elevated position for the men’s tee off. Jezzabel asks why do men always tee off first?

Because the game was invented by a man!

is my standard reply. The likely origins of a golf type game are from China or from Roman times through Scott’s say they invented the modern game of golf back in the 15th century, they sure didn’t get it from the Romans. It wasn’t until the twentieth century that women were allowed to play on golf courses. Even today prize money for women’s tournaments are not as high as that of the men’s.

The course has an array of trees, not all indigenous to Sri Lanka, you can sight the dam from the fourth fairway. It is a great place for a champaign breakfast which we tried about eight years ago. Mountain vista, monkeys, an array of birds and dogs are common on the course. I’ve only seen snakes on the golf course twice and I suppose I’ve played over 150 games of golf. One was a Russel Viper that a caddy alarmed when picking a ball out of a drain cover, he then clubbed it to death with Jezzabel five iron, she was not amused. The other snake sitting when I saw my golf ball in the rough and went to pick it up and saw a cobra some feet away. Not the first time happened with this species of snake. At the age of five in Livingstone Zambia, I was playing in the garden and a cobra went up in the air directly in front of me. My Scottie dog rushed in front of me barking and the snake thankfully went off.

Finally at the 17th hole with the green looking like a carpet with a long and straight. The last fairway, the 18th looks similar but everyone wants to head to the clubhouse looking as though they’re playing the best game ever. You have to be an optimist to play golf and that as you hit every ball it’s going to go exactly where you want it to go. The 19th hole traditionally is the bar. The Victoria club has opened a new open style bar. Staff and fellow players will console you, commiserate with you or celebrate on your excellent game of golf. 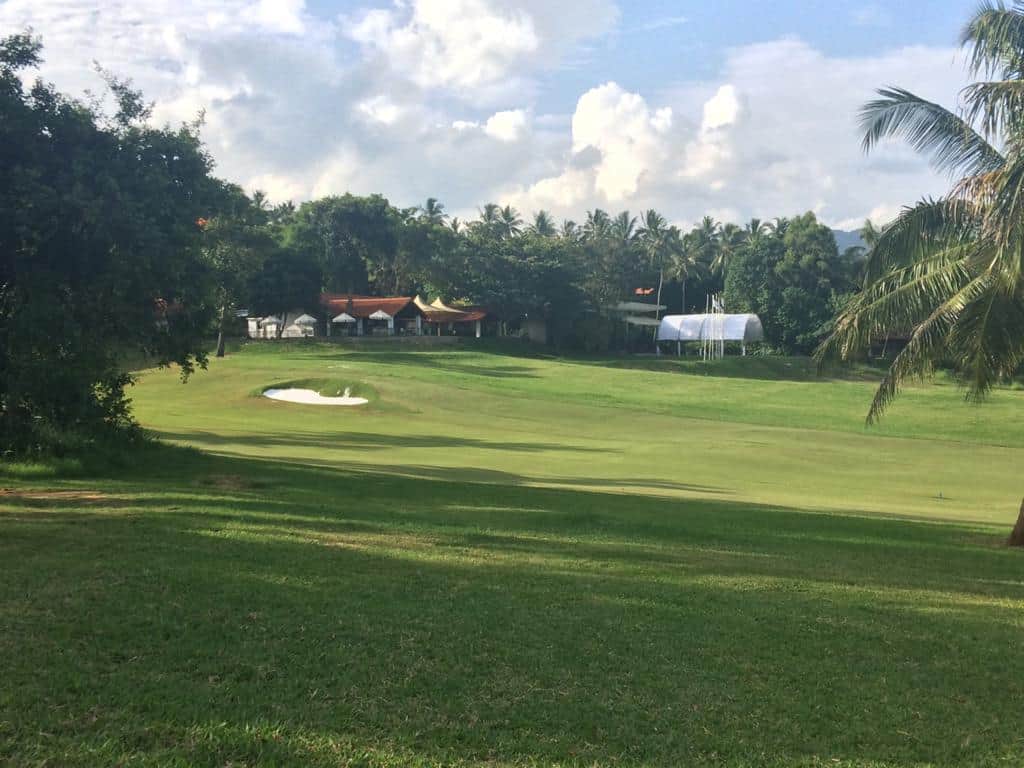 From my first round of golf to my last on this trip, I’ve had the services of a cady who has immense patience and understanding with an ability to speak English. Lakshme, who has a 10 handicap helps me a lot. Behind the mask, she looks in her twenties but she tells me she has a daughter who is studying to be a doctor and a son who is in university. Then when she drops the mask to drink a bottle of Fanta She still looks so young. Perhaps its the clean air, the exercise. the family community, the locally grown fruits and vegetables available along with no booze that makes for the good life

Meeting up with the Victoria golf crowd is enjoyable and ensures you get all the local gossip, it’s a small community and its nice to have the time to reciprocate on entertaining. There is a colourful mix of ex-pats from around the word though Swedes German English are the main nationalities who live in the prestigious houses With stunning views built into the hills. All of this in the secured grounds of the club. 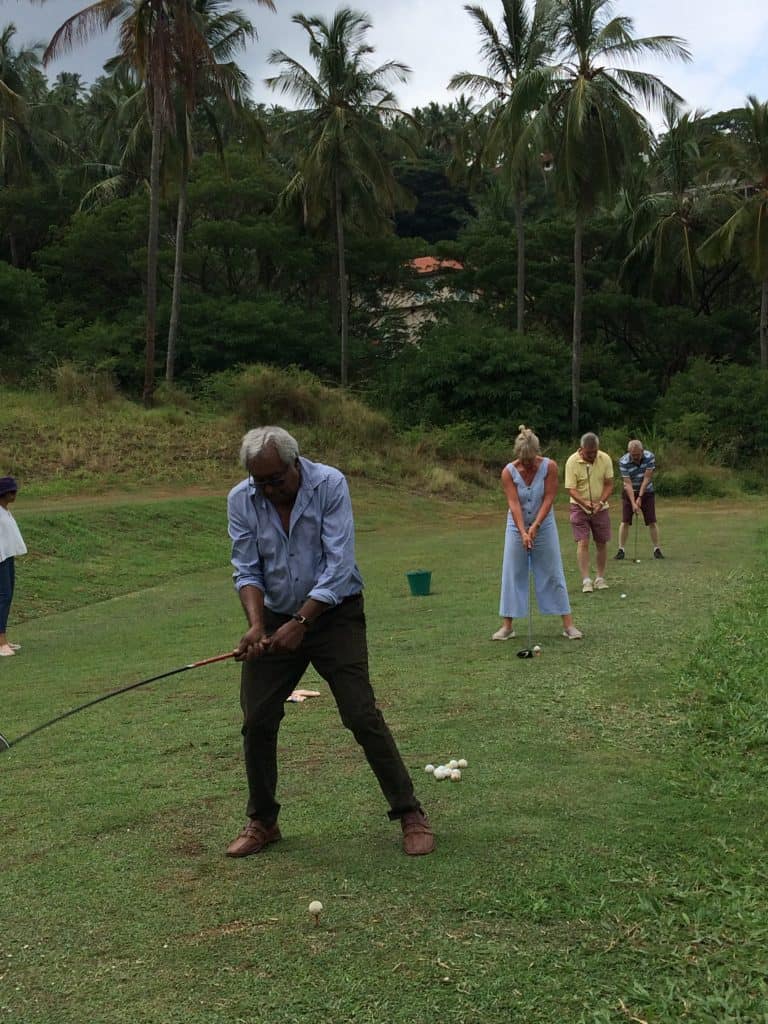 It’s been a couple of decades since I personally have done a barbecuing, the issue in Sri Lanka is that the household staff want to cook. I’d forgotten how much I enjoyed cooking on the barbi. In our Colombo apartment, the nearest we get to a barbecue is a raclette where the cheese goes under a grill and mushrooms and meats are put on to a hot plate. When living in England I was known amongst friends as the person who did the first barbecue of the year. Normally in Spring. Fifty percent of the time the event ended up being held in my garage as the weather was so unpredictable. On one occasion in our home in Yorkshire England a 16th-century block of cottages at an altitude of 1500 feet above sea level, I invited my parents to the barbeque. When I commenced “The burning of the food” as my dad called barbecues. which he hated, his hat blew off into the field below.

Bloody hell I’ve never been so close to god. – He was a Methodist Minister at the time.

Our guests join us at our home at Victoria for the weekend, these are people I hardly knew four months ago but now having all been in the Monarch apartments during COVID-19 we are together like long-standing friends. The group include Sri Lankan’s, French, Dutch, Caribbean and Australians. The Knuckles Mountain Range is on view from most areas of the golf club and we find the time to visit The area again with the crowd from Monarch. Lovely drive up to Rangala and then a bit higher. The walk takes us passed a waterfall and tree house but the leaches get the better of the girls and some of the chaps so we turn back. 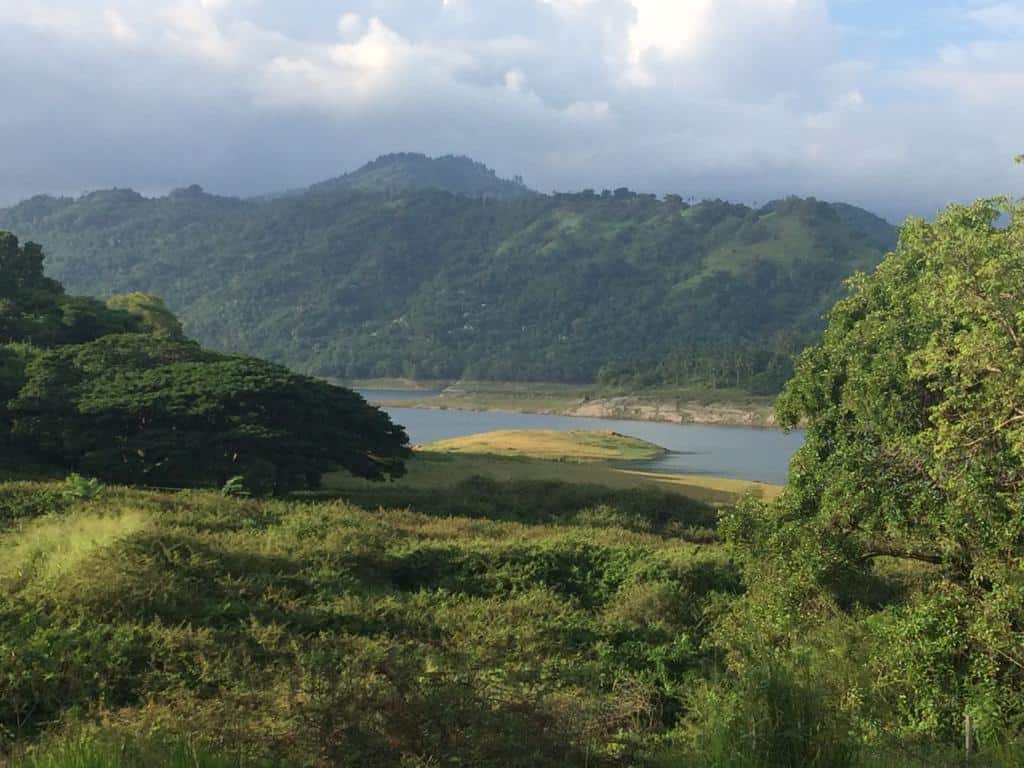 The walk then becomes easier on a minor road through the pine trees. Stunning views and changing landscapes. The next day we walk for ten minutes down to the water and enjoy swimming in the reservoir. 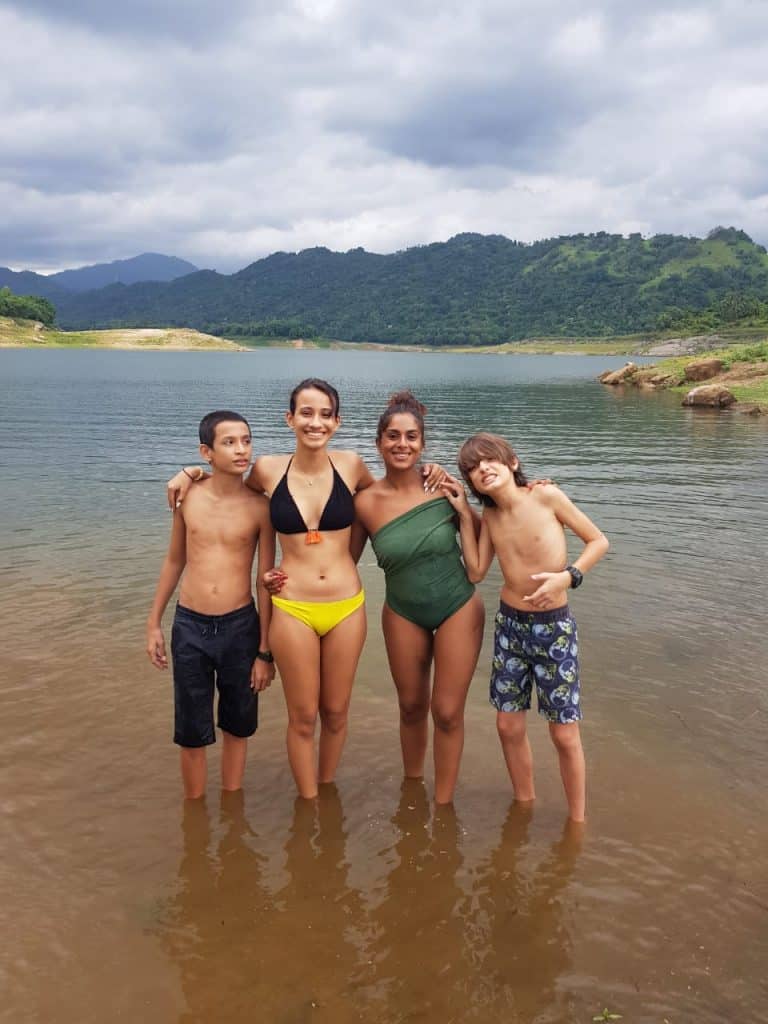 There is also a lots to do at Victoria; horse riding, tennis, walking, exploring the 2000+ year old Bambaragala Rajamaha Vihara Temple which is only a fifteen-minute drive from the clubhouse, Serious hiking in the 60 mountains of the Knuckles range is about forty minutes away and heading east you visit Sri Lankan’s Aboriginal indigenous Veddas.